New Orleans Flood Insurance Costs and Requirements fluctuate depending on where your property is located and how far above (or below) the Flood Zone you lie.  New Orleans elevation levels transcend neighborhoods and can even be different for two of the exact same style properties located on the same block.  There are two major Flood Zones- A and X.  Flood Zone “A” and variations of “A” means that properties in these area are in the Flood Zone and insurance is generally going to be more expensive.  For this map that is the pinker color.  Flood Zone “X” (formerly Flood Zones “B” and “C”) means that properties in these areas are not in a Flood Zone and insurance is not necessarily required.    Here is FEMAs map of what lies above (purple) and below (green) the Flood Line. 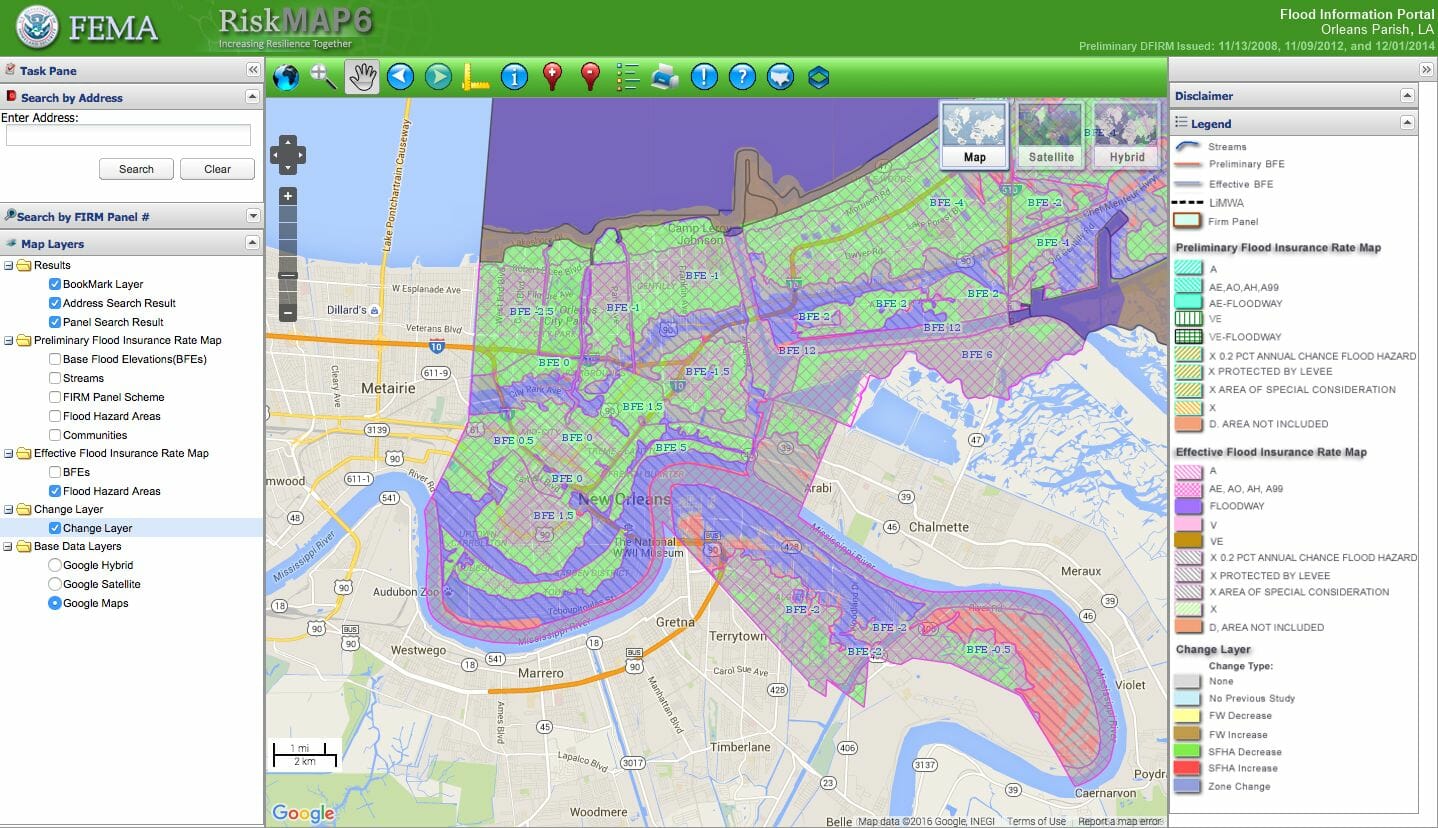 Flood Insurance can be a deal breaker for some home buyers, particularly for Real Estate Investors trying to reach positive cash flow numbers.  If flood insurance is a major concern for you, here are a few ways to avoid a hefty Flood Insurance Policy:

As mentioned before, flood zones don’t vary per neighborhood necessarily rather can change on the same block of the same street.   The owner of one of my prior listings own’s their home outright and are literally feet away from being in Flood Zone X as opposed to Flood Zone A, so they opt not to have it.

If you are buying a home all cash, I’ve got a great Realtor to refer you to!